Canterbury is better team,they are playing in play off 3 years in a row.

but Otago is also good team with 9 foreign players in squad and big stadium ( http://en.wikipedia.org/wiki/Forsyth_Barr_Stadium ) 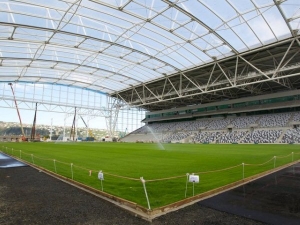 distance between this two teams is 357km.
Otago is from Dunedin
Canterbury is from Christchurch 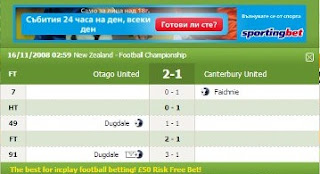 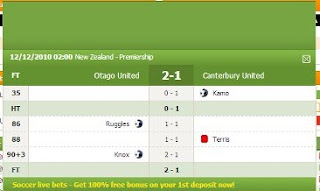 with all this facts and arguments must try this bet ...
GL


26/01 Spain Segunda Division
Elche - Hercules 2 @6.67 (pinnacle) worth to try.
Elche's ambitions are promotion,they are 1st on table (they have 11 points more than 2nd placed team). For me best team in 2nd division.
Hercules desperate need points to escape from dangerous zone.

Elche's new sponsor is company Codere (betting company).
Hercules have new president Jesus Garcia Pitarch ,that can be problem for our pick because they change president ...

take a look at h2h ,beautiful

maybe league table will little confuse you because Eastleigh is in relegation zone but they have just 21 match played ,while there are some other teams with 23,24 and even 26 match played (with this i wanna tell you that Eastleigh isnt so bad team) ... Eastleigh is very good on home ground 7w-1d-2l. Owner is planning to build new stadium with 8000 seats

Farnborough is bad on away ground and dont have real ambitions for promotion ...

distance is just 45mi. -very near each other

also there were some suspcious matches: 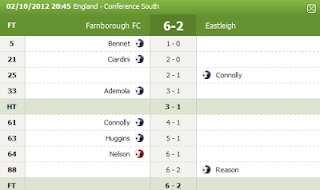 in this match it was time for Farnborough's win (away win) and they win 0-1 ,goal from penalty kick.